A very traumatized Ruzan was referred to the Atken Armenian Foundation by our board member Raffi Elliott who had been helping resettle Artsakh refugees in the immediate aftermath of last year’s Azeri invasion. Ruzan, a native of Hadrut, barely left with some of her personal effects when the Azeris flanked the city and threatened to capture her home. While she was lucky to escape with her 20-year-old son, those unfortunate enough to stay behind were never seen alive again.

Ruzan joined other refugees from Hadrut in a hotel in central Yerevan where she resided for several months before the Atken Armenian Foundation arranged for her to receive training as a seamstress for a local company hiring refugees like her. Since Ruzan’s family had purchased a small plot of arable land outside of Yerevan before the war, this situation proved temporary for her. While she worked sewing machines during the day, in her off hours, she would head up to Verin Ptghni to turn her property into a viable and sustainable homestead.

The Atken Armenian Foundation also assisted Ruzan and her son to purchase farming equipment. Within a few months, Ruzan had moved out of her hotel room and into her homestead where she now keeps chickens and pigs. She also grows cucumbers, tomatoes and peppers which she sells to local markets in Yerevan. She later received a larger grant from the Armenian Government for Artsakh refugees which allowed her to expand her farm a little more. 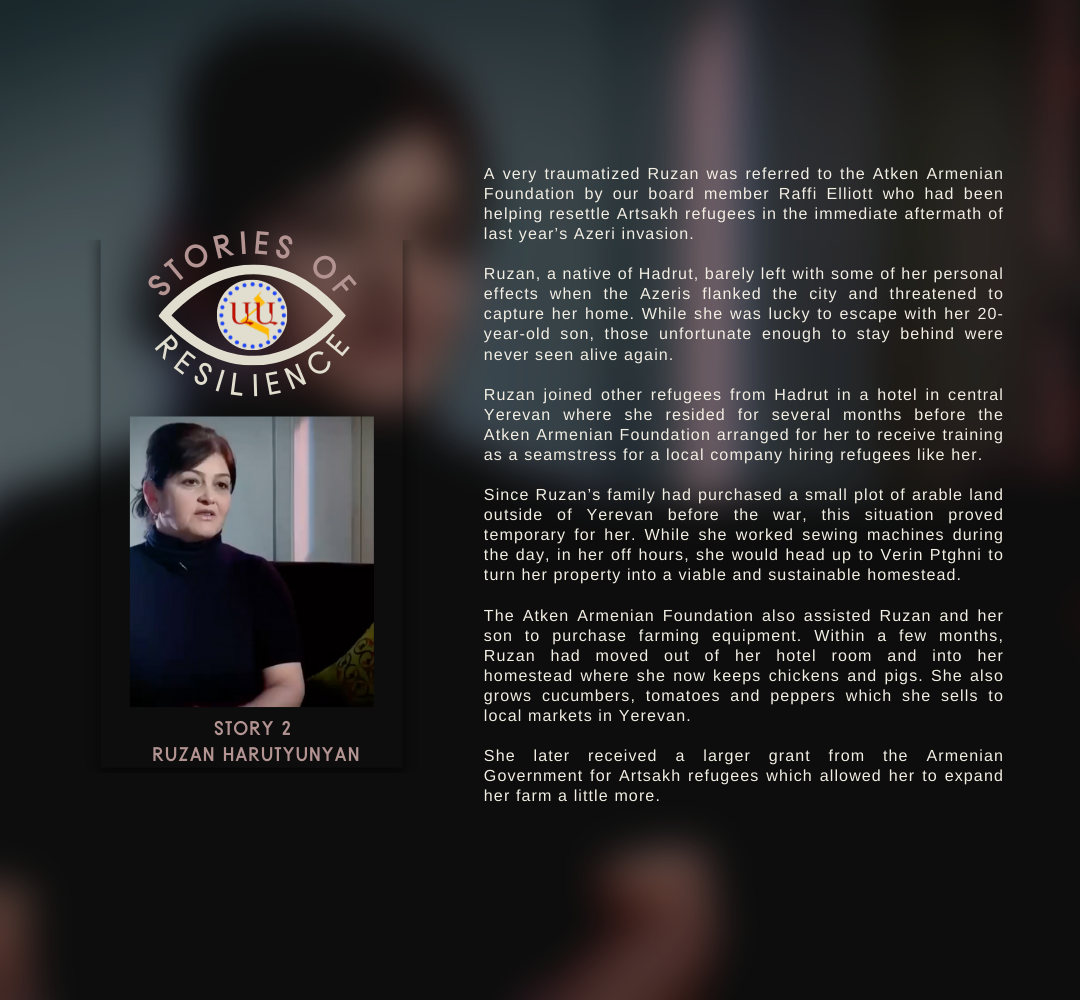