Stories of Resilience (#1) The Vanyan's

Anna had just started her last year of high school and was looking forward to university when, on September 27, 2020, the Azeri army fired the first shots of a full-blown invasion of her native Artsakh.

As the sound of artillery could be heard in the distance from a small village just outside the region’s historic capital of Shushi, her mother, Srbuhi a respected journalist for Artsakh’s Public Radio, took her and her teenage sister to safety in Yerevan while her father, a refugee from the 1988 pogroms in Baku went to the nearest military post to volunteer.

Both her father, and her family home survived the 44-day war, but their property now found itself dangerously close to the newly established Line of Contact and was deemed unsafe for the teenage daughters to live in for now. Thus, while her parents returned home, Anna remained behind in Yerevan to prepare for her freshman year in University.

In high school, Anna was a straight-A student, and definitely had her choice of universities. However, she set her sights on either the prestigious American University of Armenia or the Russian Slavonic University of Armenia, both of which maintain rigorous entry standards. The weakest point in her resumé was her English skills. “In Artsakh, the Russian language is quite ubiquitous,” Anna explained, “but English is a requirement now for a successful career in any field.”

That’s when she was approached by our board member Raffi Elliott, and the Atken Armenian Foundation agreed to fund a five-month intensive English study program with a reputable language centre in Yerevan, which she attended diligently. During that time, she also began watching the famous American sitcom FRIENDS to help hone her English skills as well as to get a better grip on North American idioms. “I’m such a Monica,” she now says jokingly whenever she cleans up at home.

Needless to say, she ended up acing her TOEFL exam and eventually chose to study at the Slavonic University whose journalism program is well renowned in the region. Halfway into her first year in university, she says she’s grateful for the opportunity, but what she really wants is to go back home to her family in the Shushi district. 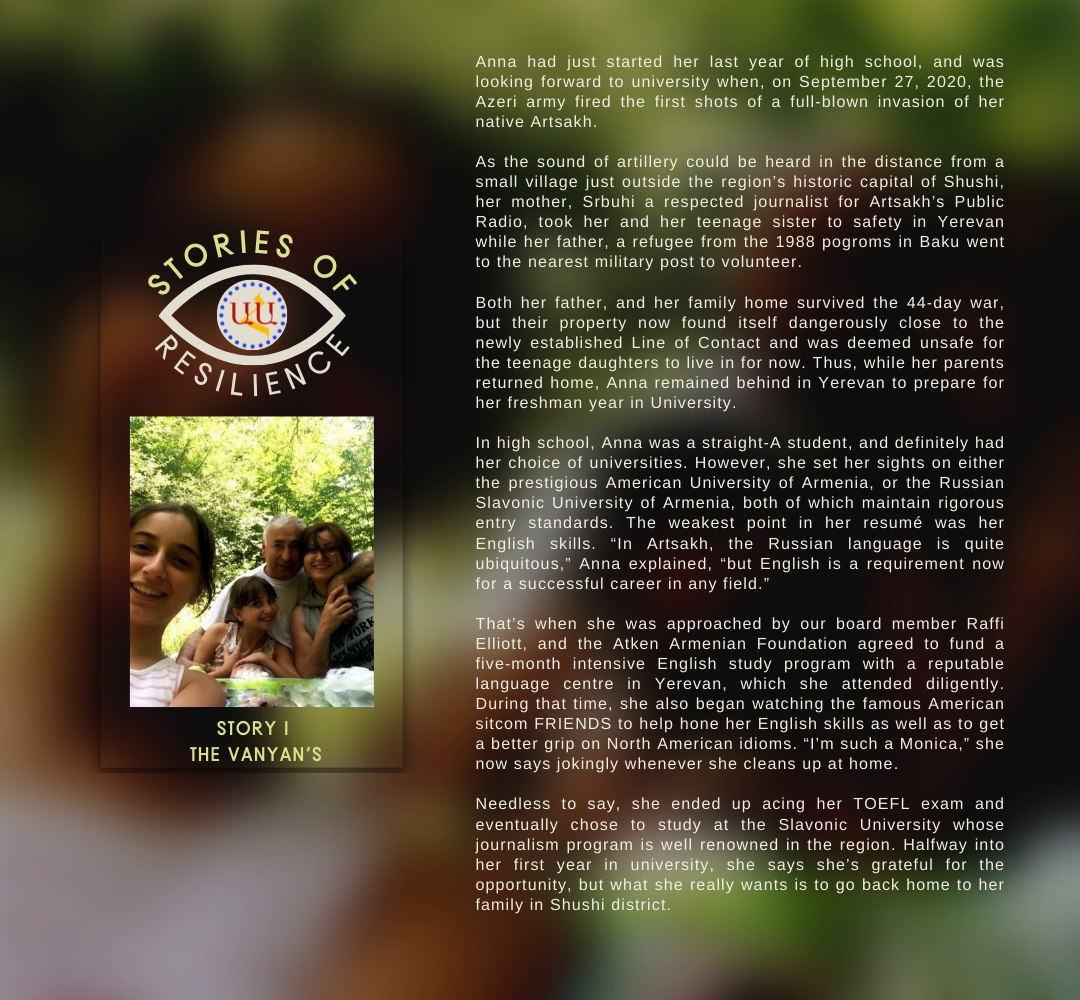