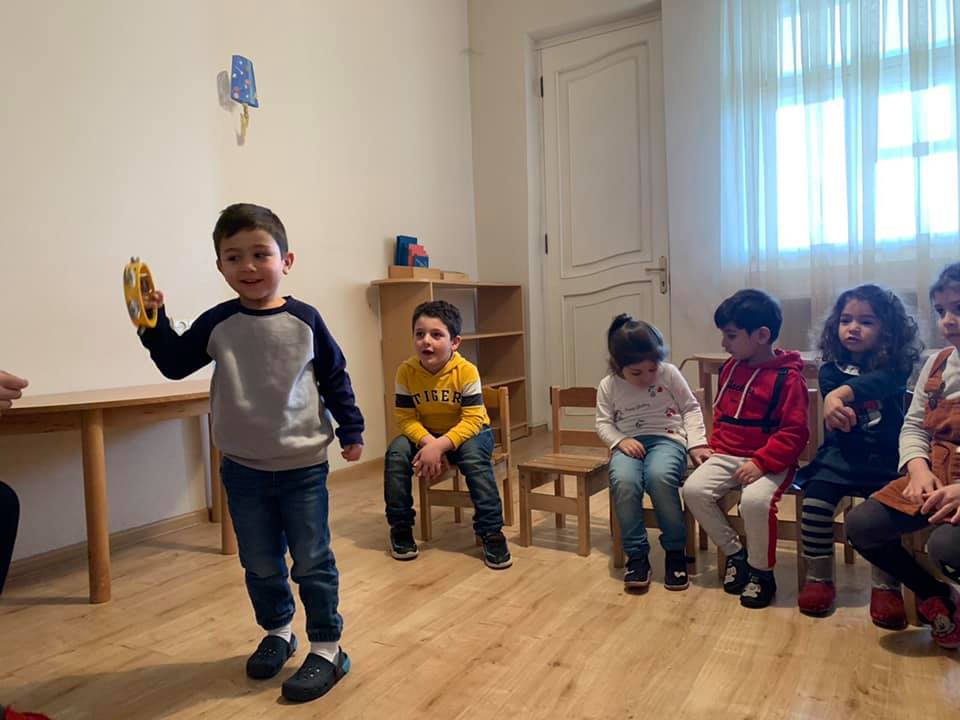 Stories of Resilience (#3) The Hakopyan Family

When Lilit and her children woke up on the morning of the 27th of September 2020, they were getting ready for another lazy Sunday, but soon, the booming of artillery fire in the distance began to shake the windows in her apartment block in Artsakh’s capital of Stepanakert.

“We knew right away what this meant,” she says, “After the fighting of April 2016, we weren’t going to take any chances.” She packed up a few things and rushed her kids to the apartment’s basement/bomb shelter. Her husband, an officer in an anti-aircraft battery outside Stepanakert, immediately reported for duty.

Unlike in 2016, however, this war didn’t end after four days. “When it became clear that the war was intensifying, I arranged an evacuation for my family.” She and a dozen other relatives ended up sheltering in a small two-bedroom apartment in Yerevan for the duration of the war. “It was toughest on the children,” Lilit says. With their mother’s attention devoted to the toddler, Hakob, Varand (5), Gevorg (4) and Hasmik (3) were getting pretty restless cooped up in a small apartment in the frigid month of October.

Thanks to the generosity of Yerevan’s Montessori City, Atken Armenian Foundation board member Raffi Elliott arranged for them to study in the Montessori program at a very discounted rate for the duration of their stay in Yerevan. They quickly integrated into the Montessori educational philosophy, made new friends, and learned to play an instrument.

Luckily for the Hakobyans, their home in Stepanakert remained intact throughout the war and the whole family was among the first refugees to return home when the ceasefire was signed. Lilit says her kids miss their time at Montessori City and there are talks to import the Montessori system to Artsakh in the future. 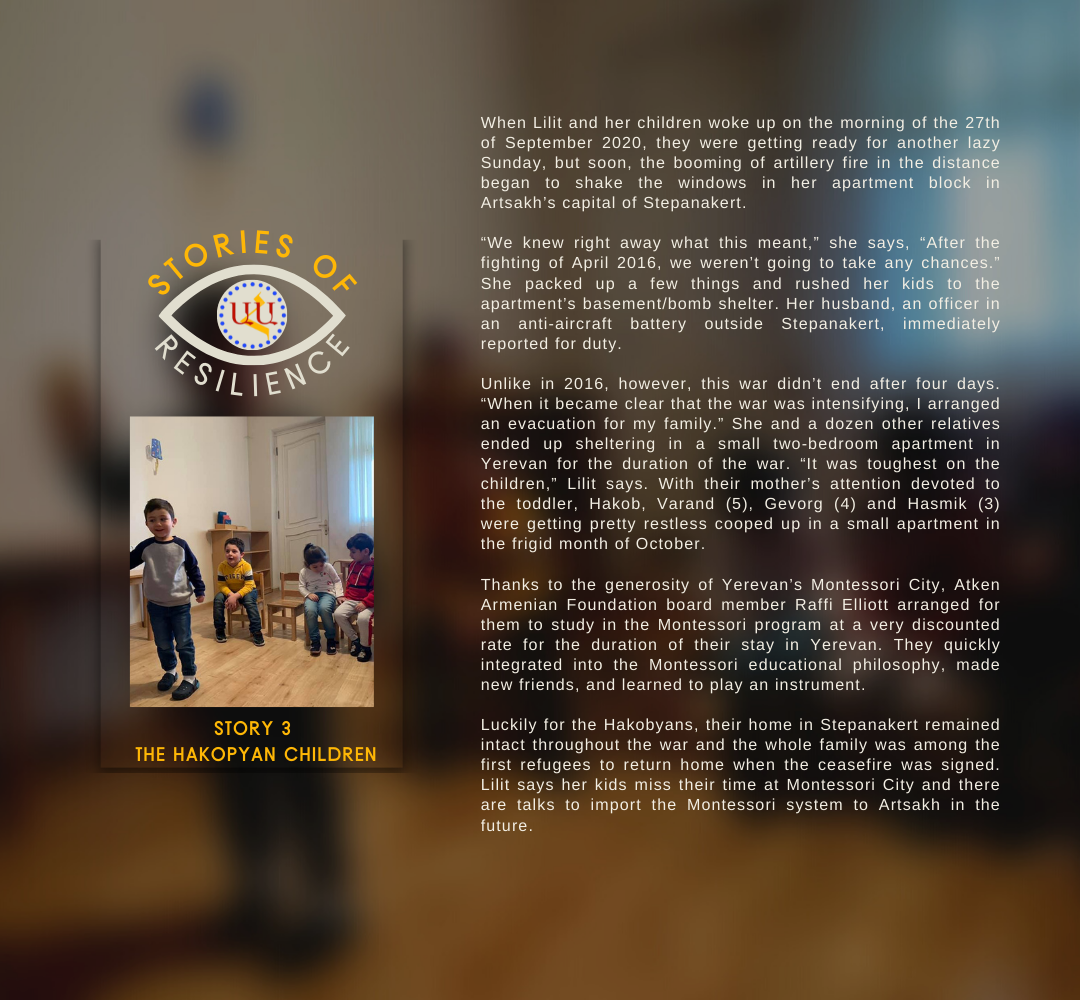